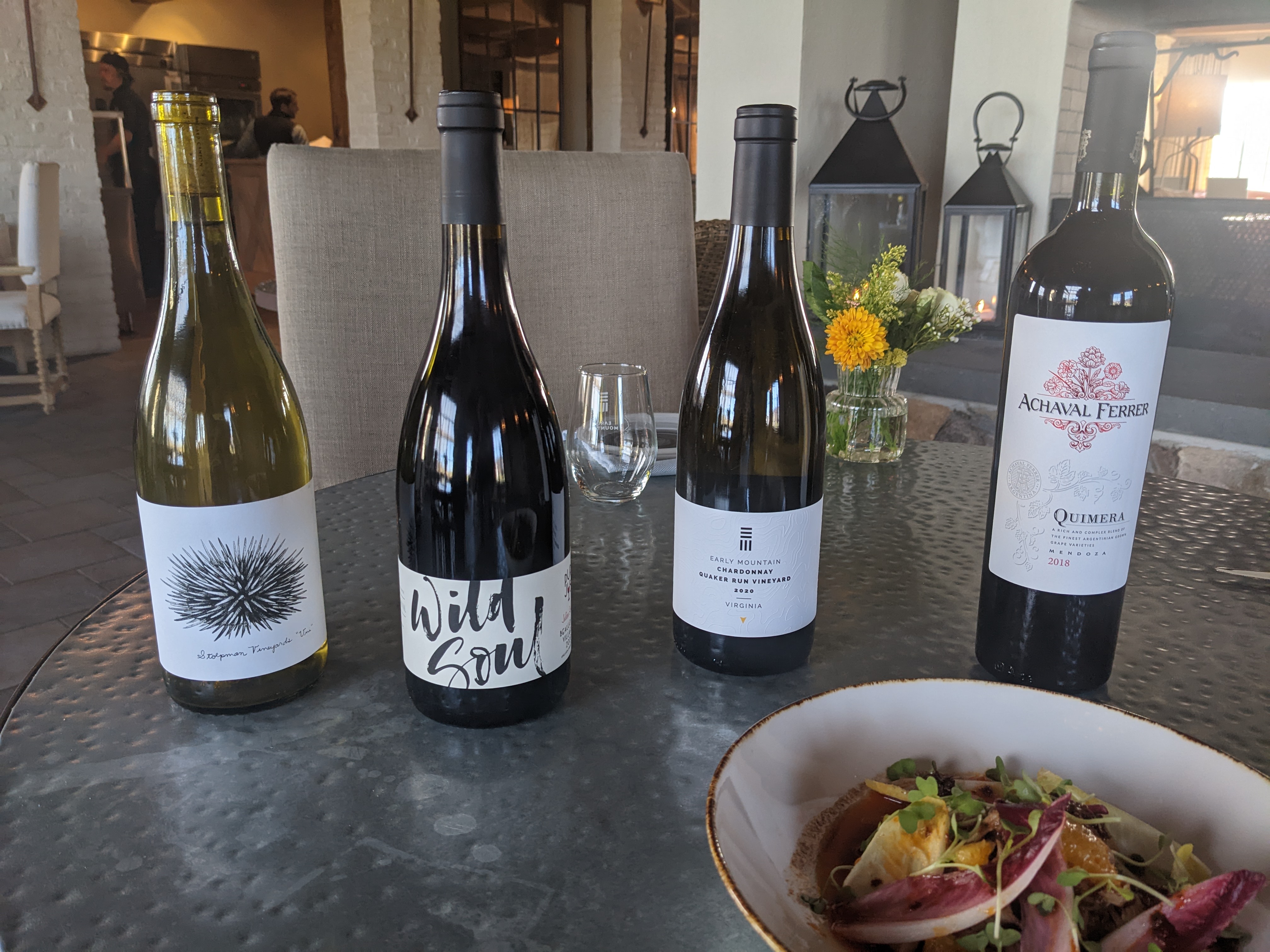 For our 4th and final Founders’ Features, we are highlighting a flight of underdog/under appreciated grape varieties curated by long-time strategic advisor to Early Mountain, Erich Broksas as well as a full-flavored dish created by former Chef Ryan Collins and interpreted by Executive Chef Tim Moore. We hope you will join us this weekend atEarly Mountain.

Early Mountain’s owner, JeanCase, has always been identified with being fearless. In her business and personal life, she has championed making big bets, taking risks, making failure matter, reaching beyond, and letting urgency conquer fear. Jean knew that to make a significant impact in Virginia wine she would need the right team – a team of similarly fearless and forward-thinking leaders. Erich Broksas, with his extensive outsider experience and global knowledge of wine, was a perfect fit to help create a winery that would redefine hospitality in Virginia.

Over the course ofErich’s career, he has consistently investigated ways innovative technology and business models could drive change. His robust range of professional experiences includes successful leadership in startups, global firms, philanthropy, and venture capital. Erich’s extensive travel and love of wine allowed him a unique vantage point. He understood what elements were missing from the winery experience model, and that Virginia wine was at a tipping point that would benefit from a new approach. Without Erich’s planning, strategic guidance, and vision, Early Mountain would never have come to life a decade ago.

At the core, Erich’s energy and global view is fueled by his strong commitment to community and developing strategic, effective solutions to issues around the world. Erich currently serves as the Chief Operating Office at World CentralKitchen (founded by Chef Jose Andres). World CentralKitchen is first to the frontlines, providing meals in response to humanitarian, climate, and community crises and has distinguished itself as one of the most forward-thinking NGOs.

Erich’s flight looks to other wine regions that were inspiring in our early days and impactful on decisions we made. Embracing the idea of being really good at one or two things regardless if the general public doesn’t know about them inspired the selection of this stunning Malbec blend from Argentina from Achaval Ferrer. Redefining expectations in areas where the consumer may have a set perspective inspired the choice of Gamay and Chardonnay. While Beaujolais Nouveau may be a cheap, seasonal drink made for fast consumption, within the same region, artisan producers such as Julien Sunier are making expressive wines of character. For many, Chardonnay is a stereotyped butter and oak bomb, while the Quaker Run Chardonnay keeps both fully in check and integrated with the fruit. Interesting things can be done all over the world which led to selection of the Stolpman expression of Rhône varietals in Southern California. While people should drink what they like, trying new wines is part of the fun and we hope you enjoy this selection. 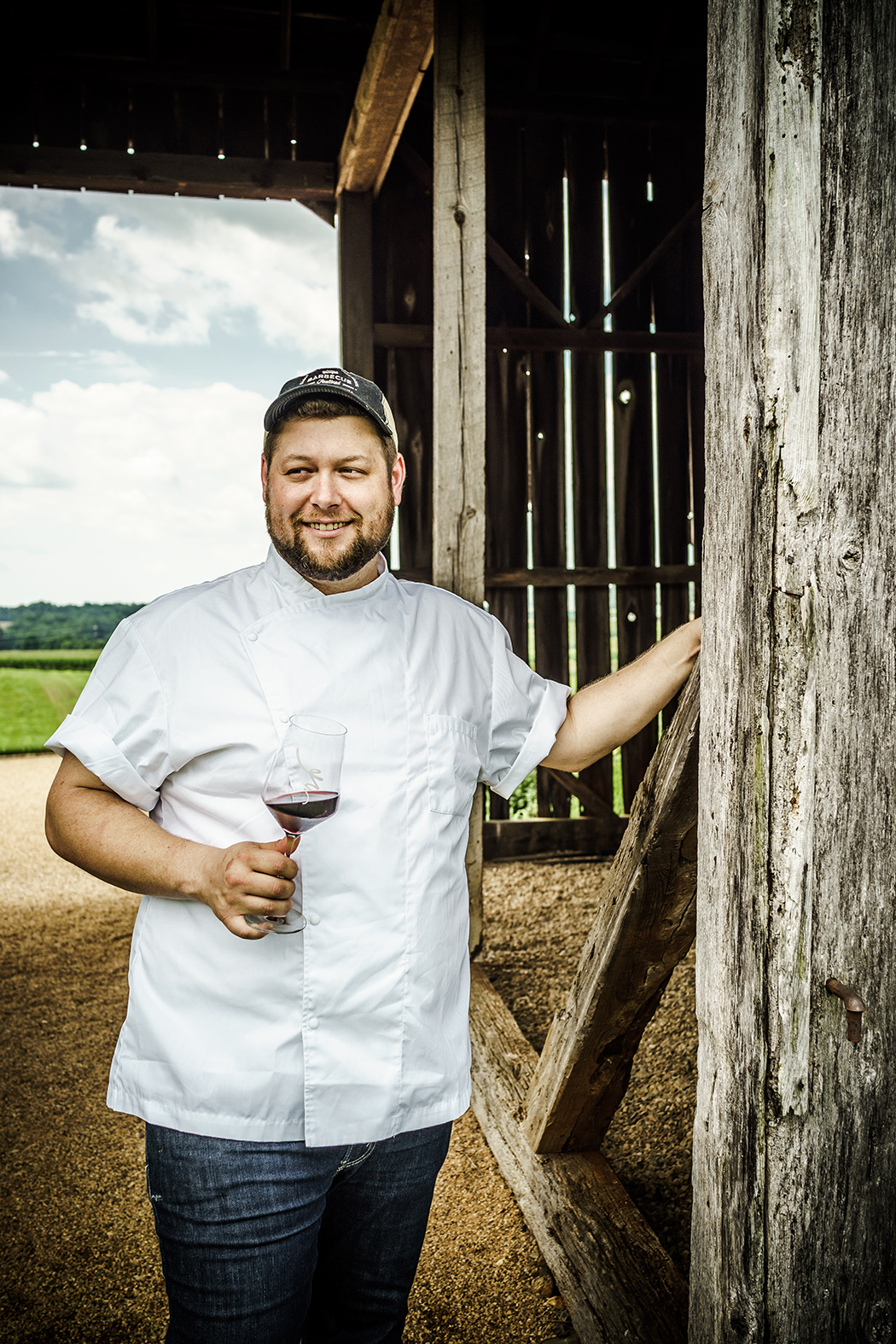 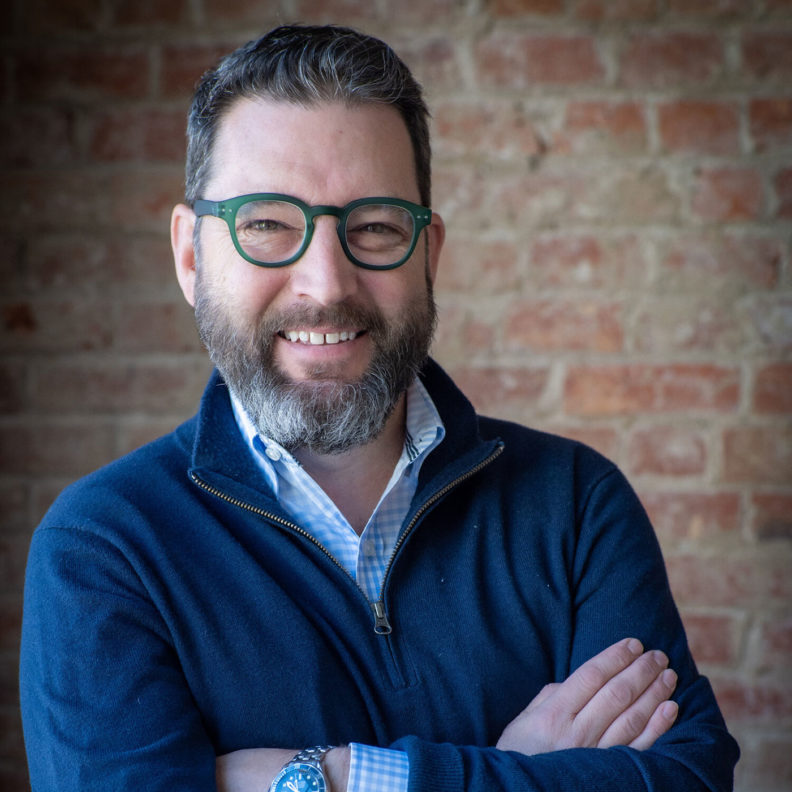 Ryan Collins, Executive Chef at Early Mountain from 2016 to 2018, brought forth a vision to bring our culinary offering to the next level. Like Erich, Ryan saw an opportunity to make the winery hospitality environment more vibrant and reflective of the evolving global culinary scene. Ryan has always had a passion for cooking. He had the opportunity to work with some of the finest chefs in the Midwest and EastCoast. Early in his career, he worked for James Beard award winning chef, IsaacBecker, and more recently worked with multiple James Beard award winning,Nobel Peace Prize nominated chef, José Andrés at his company ThinkFoodGroup. He spent 8 years working in José restaurants such as Oyamel, Jaleo, and minibar.

At Early Mountain Ryan was known for his bold flavors that paired particularly well with the portfolio of wines. His standout dishes during his time at Early Mountain featured layers of spice, tang and earthiness captured beautifully in his dish: Pimentón and Citrus Braised Bison Chuck with Mojo Rojo, Chicory and Nora Chili Glacé.

Thank you! Your submission has been received!
Oops! Something went wrong while submitting the form. 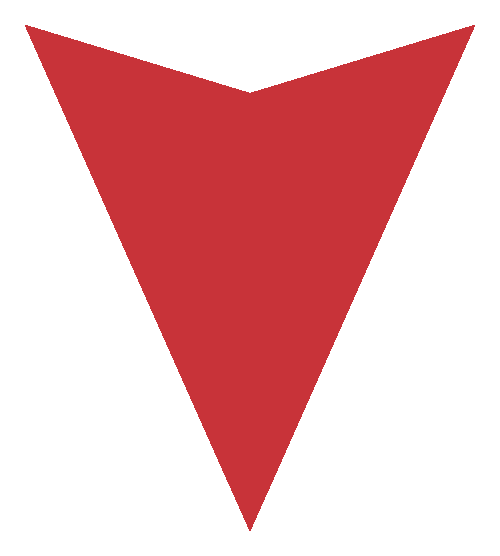